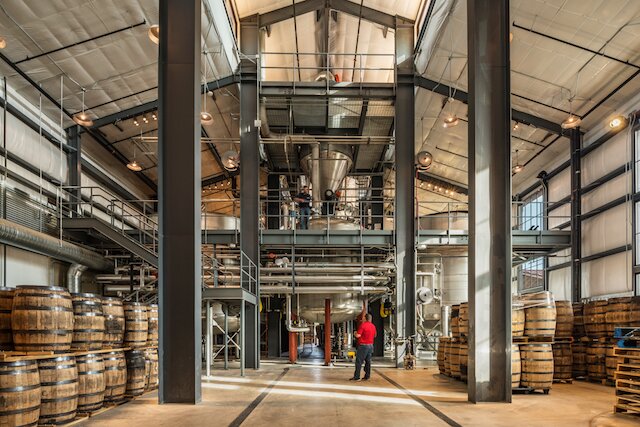 The knowledge and experience of Century Mechanical Contractors’ staff have made the company a leading specialty contractor in its geographic market for more than 40 years. “We have a lot of people who have been here for more than 15 years,” Vice President of Industrial Operations Jarod O’Neill. “Our people do a phenomenal job, and that’s what sells our work.”

Century’s superintendents help it build long-term relationships with many of the general contractors working within a 100-mile radius of the Dallas-Fort Worth Metroplex. The company also works directly with property owners and engineering firms. Century is recognized as one of the Top 600 specialty contractors in the United States by Engineering News-Record.

“There are several companies we do repeat business with,” says Rod Campbell, president and majority owner of the company. “They continue to work with us because we’re a can-do contractor that does a good quality job.”

O’Neill credits part of the company’s positive reputation to its detail department, which works with clients and contractors early in the construction process to identify and resolve issues. The department extensively uses 3-D modeling technology. “Our detailing department probably does a lot more than other company’s detailing departments,” he adds.

Since its founding in 1974, Century has specialized in complex commercial applications including heating, ventilation, air conditioning and plumbing. The company in 1995 expanded its operations to include geothermal heating and plumbing, and broadened its offerings even further in 2014 to include industrial work. Campbell has been majority owner of the company since the mid-1990s.

Century performs the majority of its commercial work as a subcontractor. The company’s commercial division has completed a number of projects in medical facilities including plant upgrades, MRI machine installations, isolation room construction and humidity control projects. ”Many of our superintendents are focused on installing mechanical systems in medical facilities,” the company says. “No matter how complicated or specialized the mechanical needs of a medical facility, we are committed to providing the necessary manpower and expertise to install the system to meet the client’s needs.”

Many of Century’s plumbers are medical gas certified. “We have participated in small medical gas modifications all the way to complete hospital system installations,” the company adds. “We have the qualified staff and experience to make a medical gas installation safe and successful.”

The company is well versed in installing a variety of mechanical systems. “We have experience installing chilled water systems, water source heat pumps, rooftop systems and ductless split systems among many others,” the company says. “We also have experience with specialized kitchen exhaust, laboratory exhaust, welding exhaust and vehicle exhaust systems.

The company’s projects range in size from exchanging a single unit to working on projects as large as 2,500 tons. “We provide skilled tradesmen to install all the piping systems involved in even the most complicated mechanical system,” Century adds. “We then work with local sheet metal, insulation and controls companies to provide a complete mechanical system that will provide the customer with a quality system for years to come.”

Century has a team of licensed plumbers on its staff that uses current technologies including Viega Pro-Press piping systems and glue joint CPVC acid waste systems to complete its projects. “Commercial plumbing systems provide the unseen infrastructure required to maintain a commercial building and provide a successful working building,” the company says. “We are experienced in installing all types of plumbing systems including acid waste, high purity piping, specialized fixtures and water treatment equipment on top of standard piping systems.”

Century’s industrial group performs plan and spec, design/assist and design/build projects locally as well as outside of the Dallas/Fort Worth region. The company often teams with other contractors to complete its industrial projects.

“This partnership with other local contractors allows us to be versatile in the different types of work we can perform in the plants,” the company says. “If we don’t physically do the work ourselves, most likely we are able to partner with another contractor and get the project completed for our customers.”

The company’s growing portfolio of industrial projects is leading it to expand its welding and fabrication shop, located in its headquarters in Fort Worth. The facility gives Century the ability to fabricate ladders, stairs, tanks, catwalks, handrails, safety enclosures and platforms. “Our industrial group is growing and needs the additional room to prefabricate components for our projects,” Campbell says.

Other recent investments for the company include its purchase of a point cloud scanner, which enables its detail department to create 3-D models of existing spaces, O’Neill says.

In addition to its commercial and industrial work, Century is the leader in its region in installing geothermal cooling and heating systems. The company has installed geothermal systems for a number of public and private schools in the Dallas/Fort Worth area, Campbell notes.

“Geothermal is the most energy-efficient, environmentally clean, and cost-effective space conditioning system available, according to the Environmental Protection Agency,” the company says. “The EPA found that geothermal systems can reduce energy consumption – and corresponding emissions – by more than 40 percent compared to air source heat pumps and by more than 70 percent compared to electric resistance heating with standard air-conditioning equipment.

“Earth's energy storage capability can be used to heat and cool buildings,” Century adds. “The earth is a huge energy storage device that absorbs 47 percent of the sun's energy – more than 500 times more energy than mankind needs every year – in the form of clean, renewable energy.”

Century in February completed work at the Firestone and Robertson Distilling Co.’s new “Whiskey Ranch” distilling facility in Fort Worth. The company’s work on the project included installing air conditioning and plumbing for the facility, which produces the TX Whiskey brand.

In addition, Century installed process piping, grain handling equipment, silos and grain conveyors; as well as distilling and bottling equipment. The company also provided and fabricated catwalks, supports and tanks ranging in size from 8,000 to 15,000 gallons for the facility’s four buildings.

The company’s ongoing projects include contract work for PepsiCo and Gatorade facilities across the country. Century recently completed a job for PepsiCo/Gatorade in May, and it recently started working in facilities in Oklahoma and Florida. “We do about 40 to 50 small projects for [Pepsi/Gatorade] every year, including small conveyor jobs, palletizer replacements, guardrail installations, filter replacements, small and large piping installations, equipment chiller and boiler installation, equipment towers and water treatment equipment,” Campbell says.

Century Mechanical Contractors is active with the following trade organizations:

* The American Society of Heating, Refrigerating and Air-Conditioning Engineers (ASHRAE);

* The International Ground Source Heat Pump Association, for which it is an accredited installer;

* The Geothermal Exchange Organization and