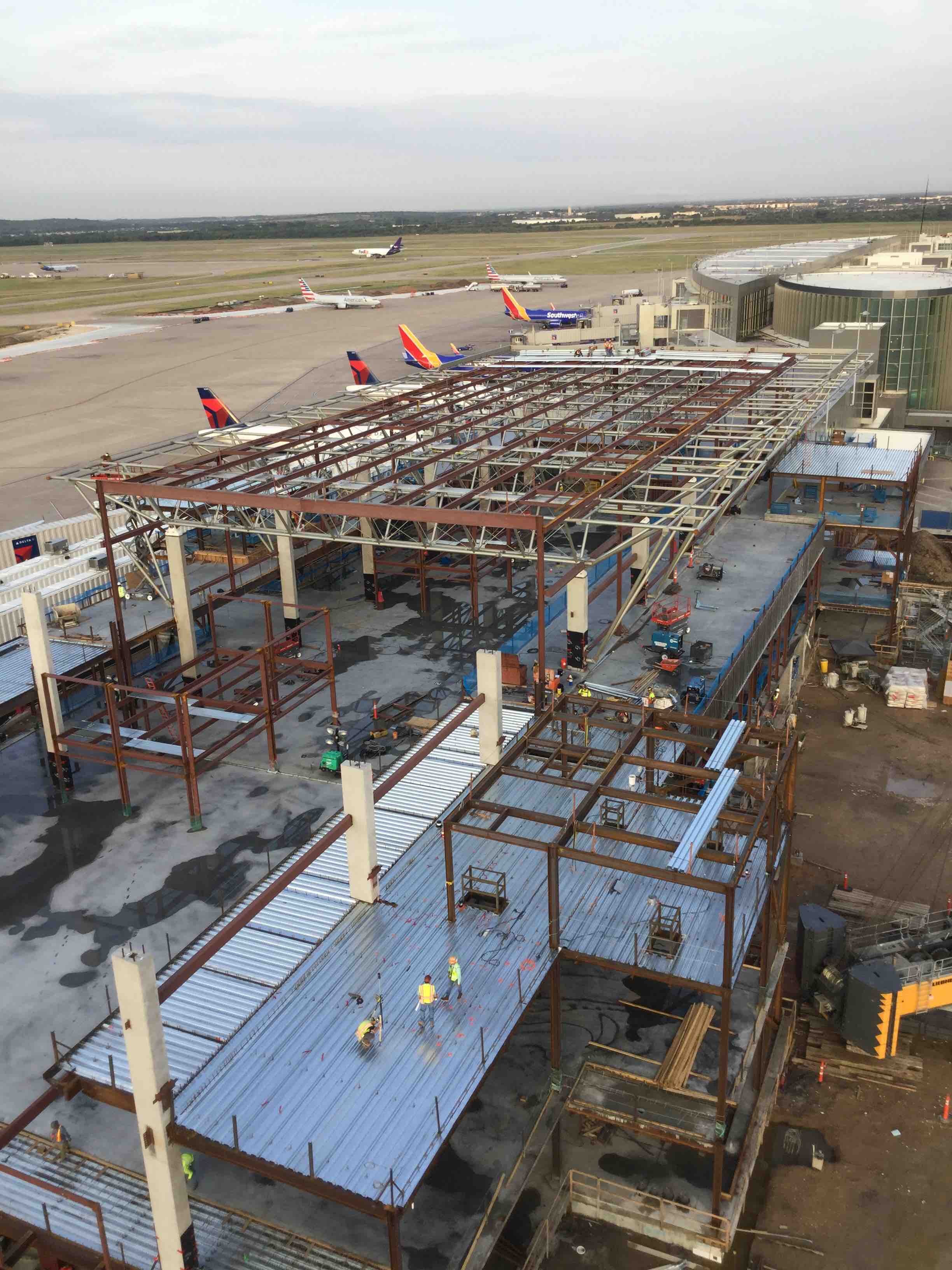 One of the largest general contractors and construction managers in the United States, Hensel Phelps Construction is about midway through a $350 million expansion project at Austin-Bergstrom International Airport in Texas.

The mammoth project, that broke ground in 2015, is targeting completion in 2019. Hensel Phelps is handling the construction portion of the project that amounts to roughly $276 million. The project’s highlights include new contact gates, an expanded airfield for jet parking, apron pavement expansions and more concession space for shops and restaurants.

“I think it’s going to be a great project for the city of Austin,” Project Manager Joe Sanders says. “It’s a great design that builds on the city’s character.” The expansion is expected to boost Austin-Bergstrom’s capacity by 27 to 30 percent.

The airport was designed to serve roughly 11 million passengers per year. However, more than 12 million have been flowing through its doors in recent years. On completion, Austin-Bergstrom will be able to handle roughly 15 million. “It’s a much-needed expansion,” Sanders says. “It’s something that has been talked about for a long time.”

The largest chunk of the project is the $120 million terminal expansion. Nine new contact gates with boarding bridges are being added to the airport’s existing 24 gates to keep pace with the increasing passenger traffic and prepare for future growth. The expansion required Hensel Phelps to shut down three gates during construction. “So we came up with temporary walkways,” Sanders says. “We shut down three and opened four temporary elevated walkways.”

The total size of the terminal expansion project is nearly 180,000 square feet. It features new concourse space, apron-level space, mezzanine and platform-level space and a patio. The concourse level expansion component will include a wider concourse, new hold-room spaces, gate podiums, signage, concessions and support space, duty-free concessions, restroom facilities, mechanical systems and upgrades to security systems. “We are doing a considerable amount of improvements within the terminal,” Sanders says. 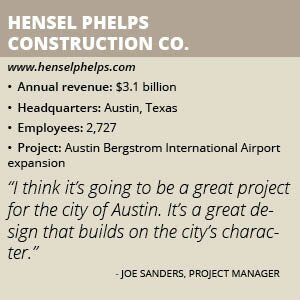 The expansion also will add 48 acres of space to the existing terminal facility to be used by aircrafts. A $25 million deicing hangar for planes is near completion.

Other infrastructure improvements include a new roof for the entire terminal, expanding the airport’s vestibules, upgrading baggage claim devices and replacing light fixtures with LED lights.

The project is being completed in various phases – some of them at the same time. Currently, phase two of the project is nearly half complete. Its focus is on expanding the terminal apron. At a cost of about $50 million, the expansion will provide updated taxi-lane dimensions and additional overnight aircraft parking. This also includes ground service equipment storage to accommodate airline and ground service providers.

This isn’t the first time Hensel Phelps has worked for Austin Bergstrom. In 2015, the company completed a new six-lane passenger security checkpoint. The larger customs facility has helped increase the processing of international arrivals from 200 passengers per hour to 400 per hour – though it has the capacity to process up to 600 passengers. The $62 million project also added roughly 56,700 square feet to the terminal and renovated about 17,000 square feet of the existing terminal.

Hensel Phelps was founded as a local builder in Greeley, Colo., in 1937. Since then, it has grown into a multibillion-dollar, employee-owned national contractor with an eclectic and unparalleled portfolio of high-profile completed projects. As a company, Hensel Phelps consistently ranks among Engineering News-Record’s top 20 contractors.

This year, the Design-Build Institute of America (DBIA) honored Hensel Phelps’ design/build team for the work it did to restore crew launch capabilities at Space Launch Complex 41 at Cape Canaveral Air Force Station in Florida. The team won the organization’s National Award of Merit in the Industrial/Process/Research Facilities category. As a result, the project is now a nominee for the DBIA’s National Award of Excellence in the Industrial/Process/Research Facilities category. 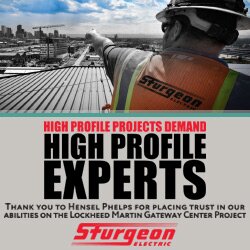 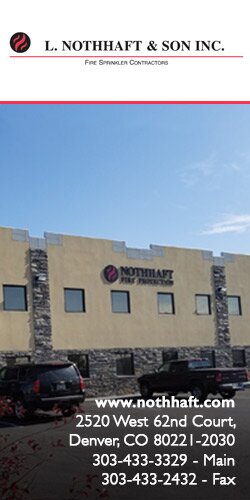 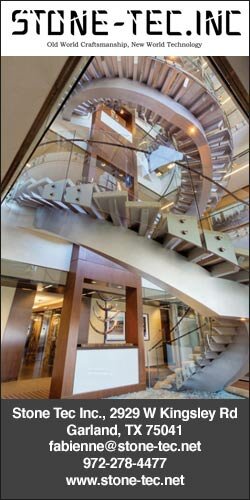 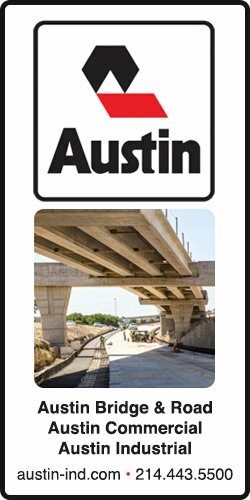