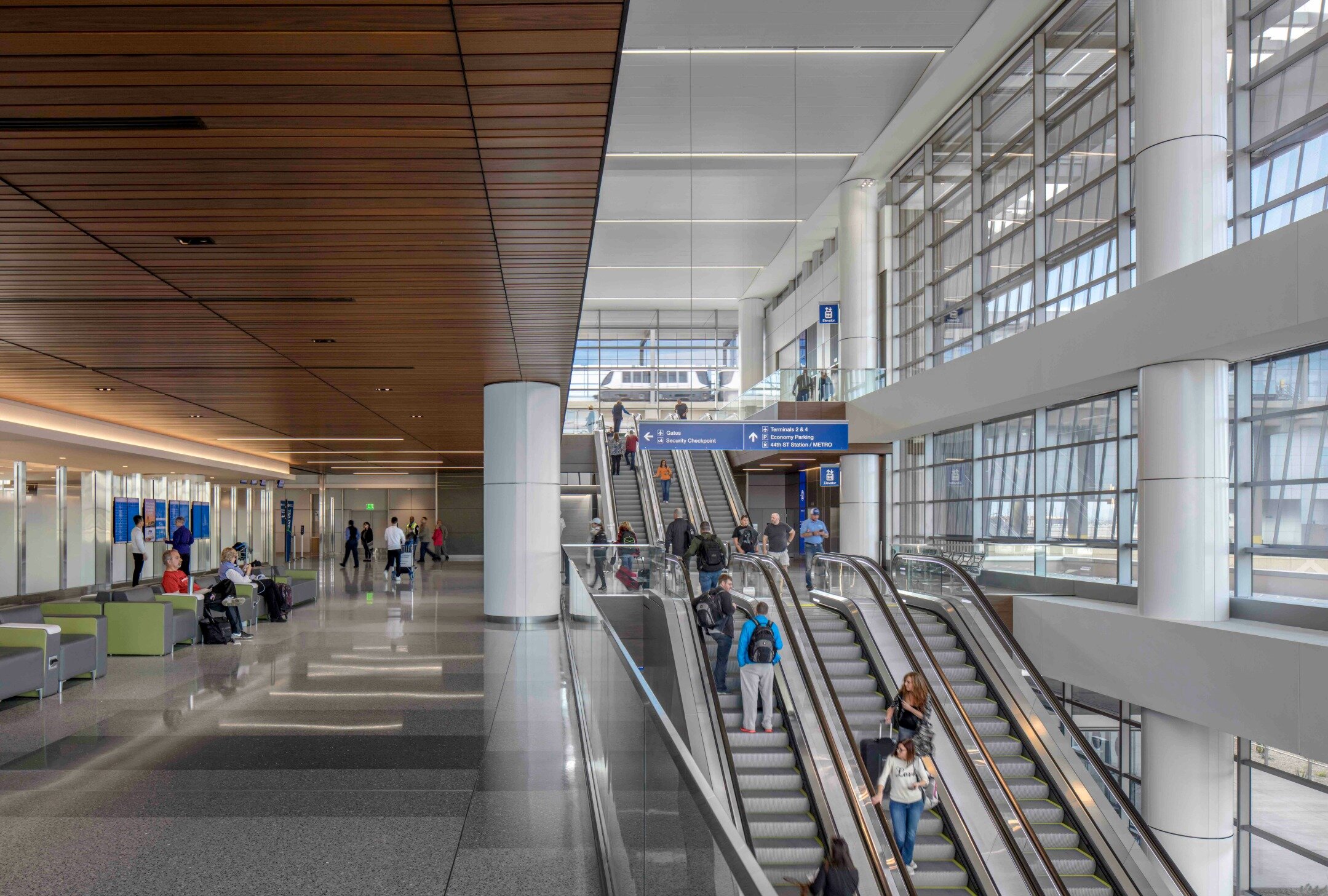 There has been very little debate regarding the need to expand Phoenix Sky Harbor International Airport. The airport served more than 43 million passengers in 2016, and in November 2016 was ranked No. 1 in the United States overall by ThePointsGuy.com for its amenities, on-time flights and proximity to downtown Phoenix. And as Phoenix continues to grow and host significant attractions such as the Super Bowl and the NCAA Basketball Final Four, those numbers are only going to increase and strain the existing infrastructure.

Given the need for modernization, the city of Phoenix in 2013 approved a $590 million design/build project known as the Terminal 3 Modernization Program at Sky Harbor International. Overseeing the project is joint venture HuntAustin, a 50-50 partnership between Hunt Construction Group and Austin Commercial. James Augustyn, project deputy director, notes it has been a good partnership for the construction firms. “It has been a nice blend of two really strong cultures,” Augustyn says. “There has been a good mix of resources and contributions from both sides.”

As well there should be. Combined, Hunt and Austin have built more than 36 million square feet at 21 of the nation’s busiest airports, including Atlanta, Denver and Los Angeles. Equally important, the joint venture has significant experience building at Sky Harbor, including a consolidated rental car facility, security checkpoints, concourses and food and beverage facilities. 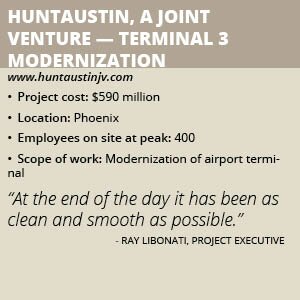 This project, however, has presented some significant challenges. Namely, Terminal 3 has to remain open during construction, which makes the work similar to performing heart surgery on a very large scale. Ray Libonati, project executive for HuntAustin, notes that while the project is being done in phases to mitigate much of the inconvenience, there are still significant workarounds to be executed. “During phase one of the process, we had to take apart an existing operating terminal,” Libonati recalls. “There were a lot of challenges working in and around the electrical services portion.”

Though the basic structure or bones of the terminal remained, the interior of the terminal was taken apart to allow for a whole new interior design. The former structure consisted of lots of concrete and low ceilings. Now, with the completion of phase one in December 2016, the structure is much more open, consisting of glass facades that allow lots of sunlight into the building.

Passengers can now see the ticketing counter from curbside, which allows them to become acclimated to the airport quicker. “All of the new glass has shades that are electronically operated,” Augustyn says. “There are also sensors that can tell when there are rain clouds as well.”

Construction of the Terminal 3 modernization began in 2014 and will continue through 2020. The first phase, completed in December 2016, consisted of not only the new façade, but also a larger security checkpoint and charging stations throughout the seating areas. Additionally, new ticket counters, pre- and re-composure areas both before and after the TSA security checkpoint and a museum gallery were added. Phase two of the project will include the demolition of the south concourse and building of a new 268,000-square-foot concourse with 15 new gates, along with new food and retail amenities. That portion is set for completion in late 2018/early 2019.

Finally, phase three, to be completed by 2020, will involve the complete remodel of the north concourse focusing on an open passenger experience with shared hold rooms and concessions enhancements. The idea of the completed project is to support a multi-modal campus that incorporates the PHX Sky Train® and Phoenix’s light rail system.

To complete the massive project, HuntAustin has called on team of seasoned subcontractors based primarily in the Phoenix area. “We established a reasonable list of subcontractors that had experience in the Phoenix marketplace,” Libonati notes. “In particular, we focused on those that had relationships with both Hunt and Austin.”

For both Augustyn and Libonati, hiring subcontractors with a strong focus on safety was also a crucial element. “As a joint venture, our staff has daily audits and interacts with subcontractors to make sure we walk through the project with them,” Augustyn notes. “So far, the focus has paid off, as our safety record has been impeccable and there has been no lost time to injury.”

Given the complexity of the operation and having to reroute large numbers of passengers, Augustyn and Libonati report that the project has gone well so far, though both have learned a lot on this project. “Dealing with airlines and relocating passengers en masse has been a unique challenge,” Augustyn states. “It was a bit more complicated than expected.”

Fortunately, many headaches were avoided with signage that made directions as simple and clear for travelers as possible. “One of the things this airport has is a robust program of signage and communications,” Libonati adds. “At the end of the day, it was as clean and smooth as possible.” 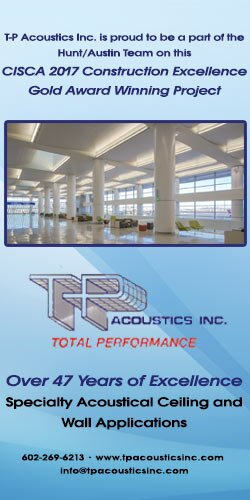