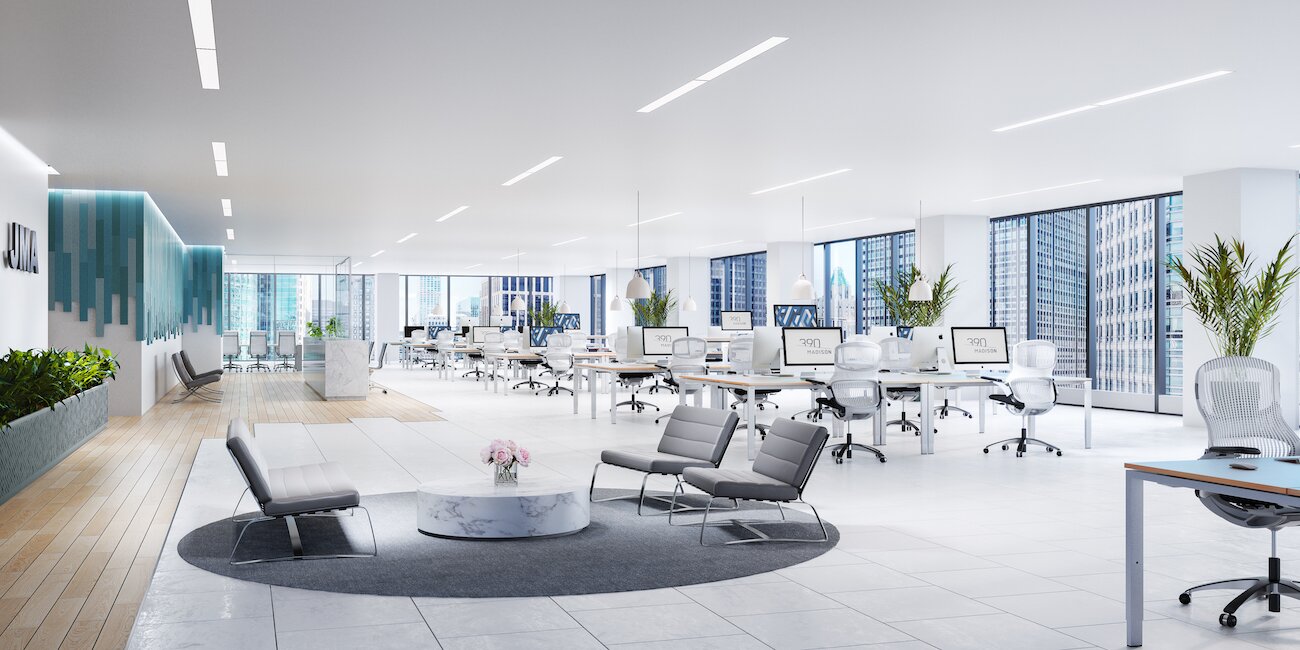 L&L Holding is a private, vertically integrated real estate company that owns and manages more than 6 million square feet of Class A commercial office properties in New York City. Founded in 2000 by David Levinson and Robert Lapidus, the company has a record of 26 acquisitions, and boasts more than $20 billion in transactions. L&L is dedicated to finding underperforming assets with great potential for tenants and the community. Not only does it want its properties to enhance their surroundings, but also provide an effective platform for tenants’ businesses.

Two of the company’s current projects are 390 Madison Avenue and 425 Park Avenue, which are becoming blue chip properties in Manhattan. Both are projected to achieve LEED Gold certification, and 390 Madison has received the 2016 Merit Award from the American Institute of Architects New York and the MIPIM Future Project Award 2018 in the Best of Old and New Category. 425 Park received the MIPIM Future Project Award 2017 in the Offices Category and is projected to be the first WELL-certified commercial office building in New York City. This means it has been designed to contribute to the welfare of people in the building.

Davis has been working on major redevelopment projects in Midtown Manhattan for 15 years, and was brought to L&L to run the 390 Madison project. He is an architect who has focused his career on adaptive reuse and says his pedigree in Midtown made him a good fit with L&L.

“The fact that I have prior experience with major buildings in the area was important,” Davis says. “390 Madison and 425 Park are extremely complicated projects, but having done so many of those before, I’ve learned that there are certain things about redevelopment that are non-linear as compared to new building development. You gain this experience and some things become very clear.”

At 390 Madison, L&L envisioned a complete transformation of the structure so it assists modern corporations in working, recruiting and thriving. Older Midtown office structures are not known for their sunlit spaces or environmentally sustainable features, but that was the goal for 390 Madison’s redevelopment. To accomplish this, L&L demolished 160,000-square feet in the building’s base to allow for construction of eight new floors at the top.

“This building was originally built in 1959, and like other Midtown buildings, it didn’t have great floor-to-floor heights,” Davis says. “We created spaces in the building by the modifications we made – we removed entire floors and added penetrations to create relief and trimmed the base. The L-shaped base was huge at 36,000 square feet, a massive floor plate, but we shaved it back and took all of that area and put it on top of the existing structure.”

The project team demolished 3 million pounds of concrete in the base to reconfigure the structure. It removed two full floors to create nearly 100,000 square feet of double-height space, and it is pairing back floors nine through 12 by nearly 25 percent to create more efficient floors. An entire bay of columns has been removed on the 7th floor to provide a 200-foot by 45-foot column-free span, allowing for clear lines of sight across the entire Madison Avenue frontage.

390 Madison will be completed in a few months, but the tenant fit-outs will not be completed until 2019. The building already has leased 100 percent of the spaces to three companies: JPMorgan Chase, global beauty company Shiseido Americas Corp. and law firm Hogan Lovells. The completed building will have 32 stories, covering more than 860,000 square feet. It will offer a 127-car parking garage, as well as 15,721 square feet of retail at-grade and 9,500 square feet of below-grade retail. L&L’s goal was to ensure 390 Madison meet the needs of today’s creative workforce.

“We really wanted to improve the tenant experience on the interior,” Davis says. “We also added 13 terraces as an accessory use to the offices, which are incredibly valuable for everything from C-suites to board rooms and for public/semi-public spaces. Additionally, all of the engineered systems that are new are connected to the whole building’s fiber network.

“In short, it’s a Smart Building,” he explains. “There are benefits to both tenant-facing and operator’s software and the ways users can leverage edge-located data. Things many people probably already have in their homes, like the ability to automate lights, controlling shades, changing how spaces are used and occupancy sensors, and communication.”

For example, a tenant’s entry credentials would pop up on her smartphone via Bluetooth, a barcode or a QR code, and that would tell the system to coordinate her entry sequence. Her credentials would allow her to pass through security, tell her which elevator is fastest and message a vendor or in-house foodservice provider on the 9th floor to prepare her standard breakfast order of a bagel and a coffee. The system could also turn on her office computer, adjust the lighting in her office or tell her staff she has arrived and to meet her in the conference room for a meeting.

“I believe this is the way Smart Buildings will be set up to operate in the future – it’s a natural building block of a Smart City – and we wanted to do it now,” Davis says. “The chiller plant we’re using is incredibly efficient, and all of the systems are high performance. The building has been set up to participate in demand response with Con Ed.”

L&L Holding’s 425 Park Avenue project is the first full-block office development on Manhattan’s Park Avenue in nearly 50 years. Because it has such a landmark address, L&L invited 11 world-class architects to submit RFQs in May 2012. Four finalists – Foster + Partners (Lord Norman Foster), Rogers Stirk Harbour + Partners (Lord Richard Rogers), OMA (Rem Koolhaas) and Zaha Hadid Architects – were selected to create and present conceptual designs for 425 Park Avenue in July 2012. Some teams were asked to refine their designs and present again, and Foster + Partners was chosen as the winner in October 2012.

L&L considers 425 Park to be a “trophy asset” in its portfolio, and that’s easy to see. The bespoke office building will feature 670,000 rentable square feet with finished ceiling heights of 9.5 feet, 14.5 feet and 42 feet. Some areas will have floor-to-ceiling glass windows, but there also will be a club floor with collaborative space, gardens and views of Central Park. The lobby will be the tallest in Midtown Manhattan.

Foster + Partners designed the structure to divide vertically into three distinct volumes: a seven-story base, a recessed central section and a slender column of premium offices at the top. Each volume is intersected with triple-height gardens to function as “urban squares in a vertical city,” according to the architecture firm. These squares will offer bars, cafes and facilities for meetings and conferences. The gardens will be defined by a horizontal grid of louvres and sheltered from wind by a discreet band of glazing. The towers will feature diagonal columns to emphasize the structure’s scale, and the entry will have a triple-height atrium as well as a large public plaza.

The building’s exteriors will have glass curtainwalls on three of its our sides, and the back of the structure will have an exterior of aluminum panels and windows. Floors eight through 11 will float over Park Avenue, while floors 15 through 25 are known as the Skyline Floors. Considering the low height of the surrounding buildings, occupants in these floors will have a 360-degree view of the New York skyline. The 28th through 45th floors will offer views of Central Park, and the 47th-floor penthouse will have a ceiling height of 38 feet. “The amount of natural light up there and the view people will have from this floor will be incredible,” says William Potts, vice president of capital construction at L&L.

425 Park will retain 25 percent of the original 30-story building, primarily on its lower levels. It was demolished down to its 17th story, and every other floor in the building’s base was demolished to create high office ceilings. L&L has been working closely with construction manager Tishman and the structural engineer to coordinate the sequence of the interior demolition; if it did not complete the work in the correct order, it would have damaged the original structure.

“Structurally this project is very difficult,” Potts says. “It’s almost like having three different structures in one – the base, midrise and diagrid floors are all different and react differently. We have to monitor how the building is reacting to the weight of these structures before we install the curtainwall.”

Davis explains L&L requires a team of the highest quality on projects like these, because none of the work is standard or simple. “This is not cookie-cutter skyscraper stuff,” he says. “Yeah, the structure is steel, but it’s concrete-encased steel. You have to find people who have the right mindset to do this work. We needed smart and dedicated industry players, and they have become really important partners in achieving our project goals.”