The Holland Companies – The Factory at 46 Wareham 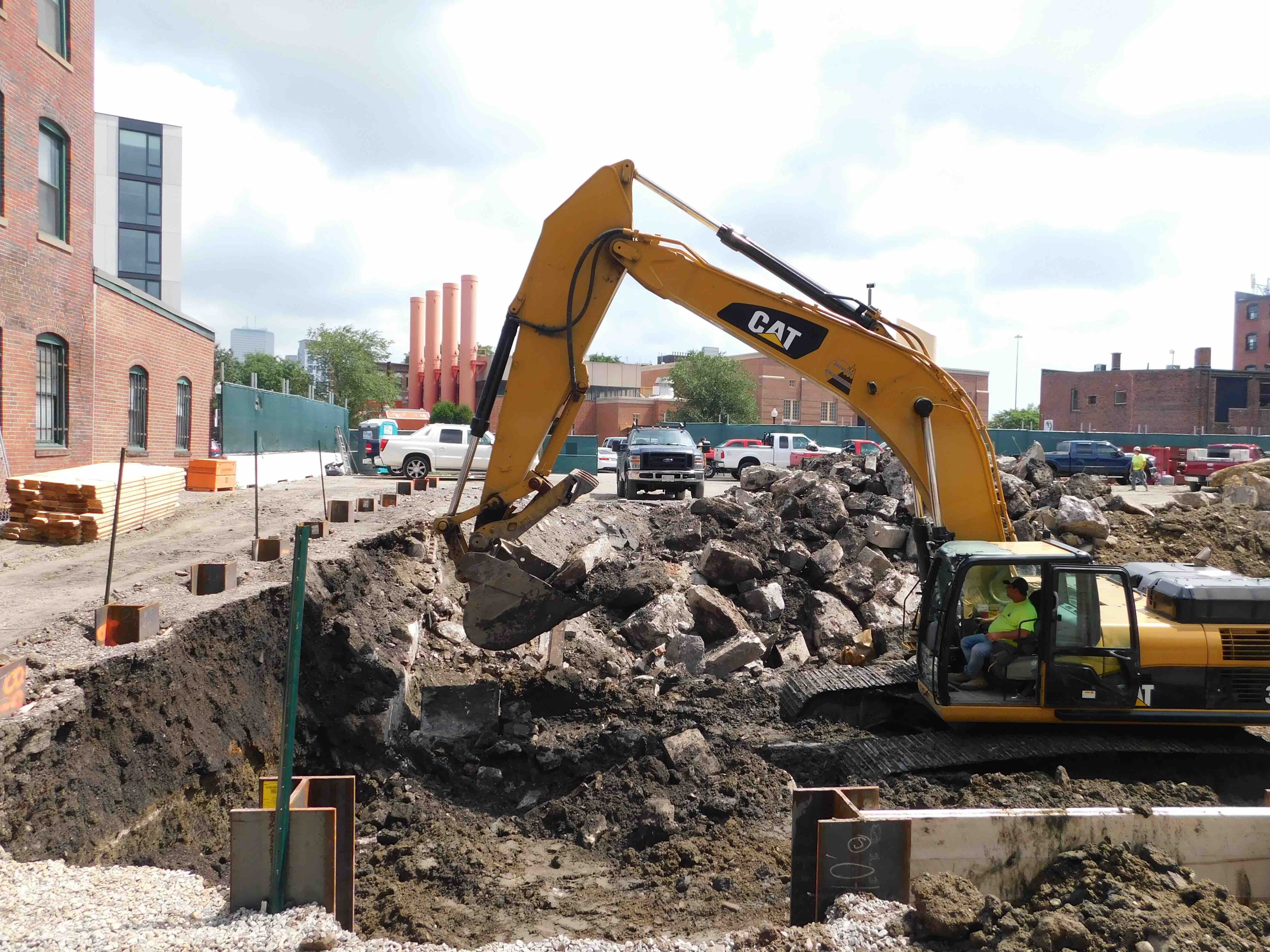 The Holland Companies aims to revitalize a dilapidated street with its latest project.
By Bianca Herron

For more than 50 years, The Holland Companies have successfully managed hundreds of residential and commercial projects throughout the greater Boston area, including South End and Back Bay.

The Holland Companies consists of M. Holland & Sons Construction and Holland Development. Both grew out of the work Michael and Margaret Holland started after arriving in the United States from their native Ireland.

In addition to John Holland, his brothers Michael, Joe and Paul, and sister Ann make up the second generation of family leadership within the company. According to Holland, the company highly values craftsmanship, which is why it builds most of its projects from concept to completion.

The Holland Companies are proud of one of its latest projects, Four51 Marlborough, which The Preservation Alliance recently announced as one of 10 projects recognized with a 2017 Preservation Achievement Award.

“We just completed this project, which is located in Back Bay, and are very excited,” Holland says. “We built it and Hacin & Associates won the award for their design.”

The Factory at 46 Wareham is a new, six-story mixed-use residential development by The Holland Companies currently under construction at 46 Wareham Street in Boston’s South End.

The company wanted to maintain a portion of the existing four-story organ factory on the site, but they had to completely demolish it due to problems with the structure of the front wall and a structurally unsound sidewall. 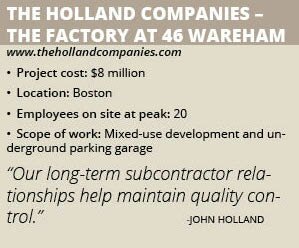 “The wood piles underneath it had rotted away,” Holland explains. “We’re currently building the new building, which will have an underground automated parking garage in its basement.”

The garage will be able to store 69 cars, and three of the building’s floors will account for more than 30,000 square-feet of retail and office space, while the remaining three floors will be 18-residential units. Additionally, the project will boast a beautiful rooftop garden and terrace, Holland notes.

The Holland Companies demolished the existing building in April, and recently finished the excavation. “We are in the process of preparing the site for the pile drivers,” Holland says. “This project will take about 18 months, so we anticipate completion in early 2019.”

The Factory at 46 Wareham will be comprised of new steel construction, including an expanded footprint. “We’re using 55-foot long treated woodpiles, which are different compared to typical piles,” Holland says. “These woodpiles are going to be imbedded into the marine clay 30 feet, and will be used as our foundation.”

The project has been “going well” Holland says, noting that the company’s subcontractors have been “great.” He adds that The Holland Companies has longstanding relationships with many of its subcontractors, having worked with them on multiple jobs.”

“Our long-term subcontractor relationships help maintain quality control,” he says. “The majority of the projects we build downtown are higher-end residential, so we need to hit a certain quality level. The only way to do that is by setting a standard and carrying that with us from project to project.”

To maintain safety, a company employee is always on-site to check for issues and ensure everyone wears safety gear.  “He’s the guy that keeps track of the site from five in the morning until it shuts down at the end of the day,” Holland says.

The safety overseer also ensures that everyone who is on-site should be there. “On construction sites, people will start wandering off the street onto your jobsite if there is no signage stipulating otherwise,” Holland explains. “They may or may not know that they could get into some type of trouble, so he certainly keeps an eye out for the public.”

Ultimately, The Holland Companies’ goal for the project is to help revitalize the area. “This street was once described as ‘the street that time forgot,’” Holland notes. “There are many boarded up buildings around here, and it’s on the fringe of downtown Boston, which has some very beautiful buildings.”

The Holland Companies is working to change the street not only with its project, but also with its surrounding features. “We’ve worked with the city to hire an engineering firm that is putting plans together for new curbs, drainage, water and sewer, lighting and sidewalks, and more,” Holland says. “So when this project is complete, if it helps revitalize Wareham Street, I think we’ll have been successful.”