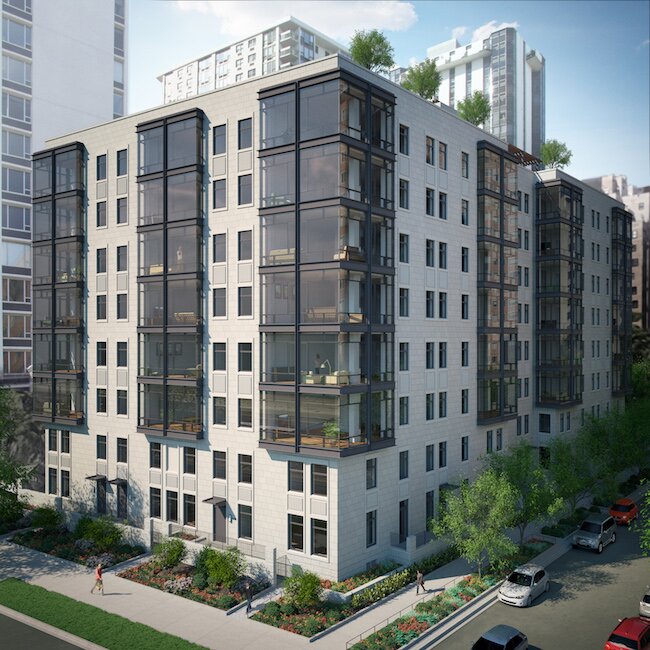 Leopardo Companies is one of the largest and most respected construction firms in the country, building world-class facilities and priding itself on developing long-term relationships. “Leopardo is a relationship-focused contractor and we don’t want to consider ourselves a commodity,” Senior Vice President Damian Eallonardo says. “We believe we are best-in-class in investing resources to make sure clients get what they pay for not only in construction, but in the process of determining what will be built.”

Leopardo was founded in 1977 with a focused business approach and a deep commitment to quality, innovation and leadership. Today, the Chicago-based company has grown into one of the nation’s top contractors with more than 450 employees and 600 projects worked on annually.

The company recently promoted Mike Leopardo to president and CEO, taking over from James Leopardo and Rick Mattioda who will serve as chairman and vice chairman, respectively.

Leopardo Companies is a recognized leader in construction, design-build and commercial real estate development with the resources to build world-class projects across every major sector. The company says one of its greatest strengths is its market diversity and expertise in managing all types of construction projects.

“What differentiates Leopardo Companies is our ability to provide resources at any part of the construction lifecycle to help the owner meet expectations and do it in such a way that it’s a collaborative process,” Eallonardo says. “We become partners as opposed to just delivering a service with a transactional relationship. We like to think everyone is part of the Leopardo family – our clients, vendors, subs and employees – and once you’re part of the family, we do whatever it takes to make sure we get you where you want to go.”

Draper and Kramer Inc., a longtime client of Leopardo, selected the company as its construction manager in 2015 once 61 E. Banks was conceptualized. “Draper and Kramer has controlled the site since the 1950s and the site has never been developed,” Eallonardo says. “The site has a relatively interesting history in terms of attempts and failures to build a building.”

Leopardo was brought on to work with Chicago-based architectural firm Booth Hansen to ensure the project results in a predictable outcome in terms of budget and schedule. “We have been working on 61 E. Banks for three years, starting with preconstruction services to ensure Draper and Kramer had the best information to make an informed decision on the direction for the project,” Eallonardo adds.

The exterior of 61 E. Banks is composed of cast stone with metal and glass architectural bays. “It’s meant to have a brownstone feel and features a significant amount of masonry,” Eallonardo adds. “Every unit has expansive views; both full height glazing in the main spaces of the units and operable window openings in the private spaces.”

The structure is built and the masonry work on the exterior of 61 E. Banks has just begun with an expected completion date of early 2019. “The understated and elegant design by the award-winning architecture firm Booth Hansen is influenced by the many art deco and mid-century buildings in the community,” Draper and Kramer says.

Leopardo Companies broke ground on 61 E. Banks in December 2017 and the project is expected to be completed in spring 2019.

Development at 61 E. Banks has been controversial over the years, which is why Leopardo has focused on integrating itself into the neighborhood. “There’s not a whole lot of development going on in this neighborhood, so our team developed and is executing the plan that was approved by the adjoining properties with a focus on minimizing the disruption in the neighborhood,” Eallonardo says.

Once 61 E. Banks was approved, the company ensured all the discussions and concerns of the neighbors were addressed on a granular project level. “We do a fair amount of rental projects and this project, maybe based on its location, has created the most buzz,” Eallonardo notes. “People are always asking about the project; maybe that’s the benefit of being right on inner Lake Shore Drive.”

Safety is always a major focus for Leopardo Companies. Its self-perform trades have worked hundreds of thousands of hours and its experience modification rate is one of the best in the nation. “We are pretty proud of that and I think we are able to deliver that level of safe work environment by empowering everyone to make sure nothing is done without it being done safely,” Eallonardo says.

“We have a standalone safety department that works in conjunction with the project team to develop a plan that puts safety first. We spend a lot of time working on those plans before we execute,” he continues. “At the end of the day, we don’t ask anyone to do anything we wouldn’t do ourselves. When everyone is operating under that premise it eliminates unnecessary risk that occurs when you don’t take into consideration the human element.”

As many construction companies are seeing in today’s market, one of Leopardo’s biggest challenges remains the availability of subcontractors. “As the economy continues to prosper, resources are restricted and tough to get, so making sure we deliver the highest-quality product while controlling cost with a busy market is a bit of a challenge,” Eallonardo explains.

To overcome that challenge, Leopardo stays true to its founding principle of developing and maintaining long-term relationships. “We engage our partners really early in the process and spend considerable time developing a value proposition for all of the stakeholders,” Eallonardo adds. “We value all of our partners so when a project like 61 E. Banks comes up, the subcontractors are excited by the challenge and ultimately it evolves into a win-win scenario.”

For example, all of the mechanical, electrical and plumbing at 61 E. Banks was delivered on a design/build basis. The company subcontracted the design and construction of all that work, which Eallonardo says is a value proposition for the client while allowing Leopardo to embrace its subcontractors.

Leopardo remains open to establishing new relationships while remaining loyal to those who have helped it succeed in the past. “We constantly strive to align subcontractors with opportunities, which in many cases allow us to use folks who have helped us in the past,” Eallonardo says.

In addition to its subcontractors, Leopardo also prides itself on long-term relationships with its clients. For example, the company built Draper and Kramer’s corporate offices in Chicago and has also worked with Booth Hansen in the past. “It’s a continuation of a strong relationship while embracing our niche in the market to deliver projects with people we enjoy working with, and that’s a big piece of what we bring to the table,” Eallonardo says. “We deliver what’s hopefully going to add value to our portfolio and our clients’ portfolios.”