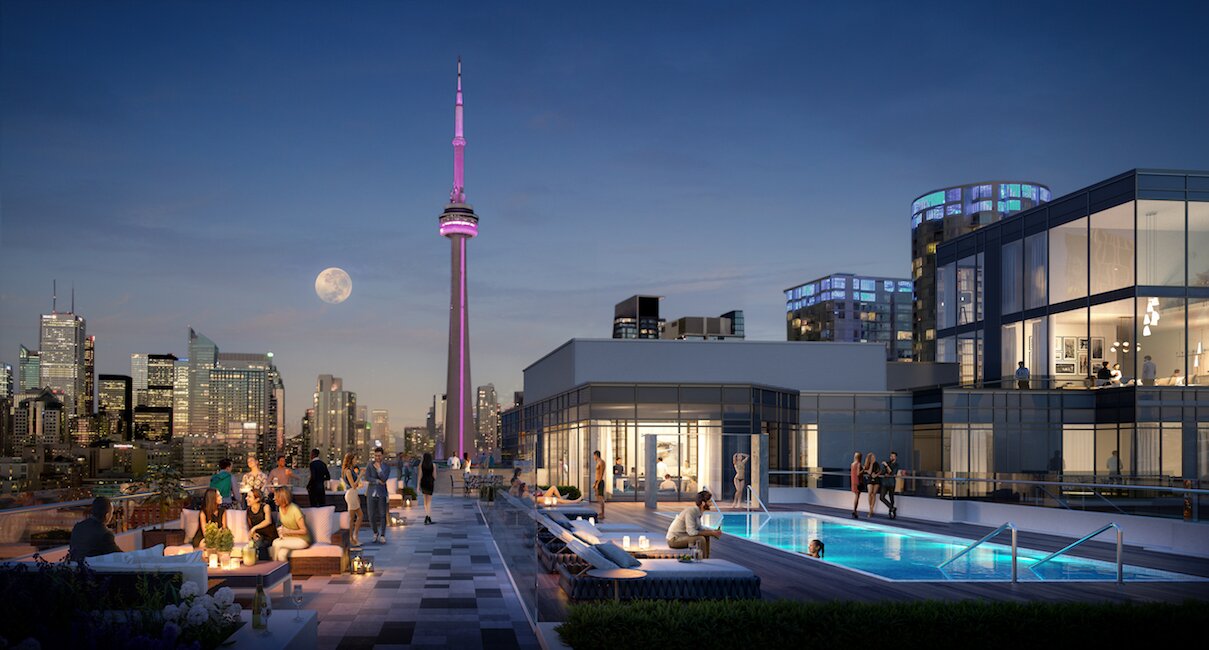 The Minto Group has earned a strong reputation in the multifamily market.
By Alan Dorich, Senior Editor at Knighthouse Publishing

For Martin Tovey, working alongside the team at The Minto Group has been a pleasure. “That’s what keeps me coming back,” he says. “I’m one of those guys who’s excited about going to work and what’s going to happen the next day.”

Tovey is the vice president of acquisitions for the Ottawa, Ontario-based company, which started operations in 1955 when four brothers built and sold their first home. “From there, we went to building in Florida, Toronto and now in Calgary,” he says.

Today, The Minto Group continues to build single-family homes, as well as multi residential rentals and condominiums, commercial and retail developments. “We also co-own and manage a large portfolio of multifamily apartments,” Tovey says, noting that the company has earned a strong reputation in the multifamily sector.

“There’s a lot of integrity within this company,” he says, adding that its associates focus on delivering on their commitments and treating people with the respect they deserve. “You do the right thing at the end of the day; that has been a motto for sure for this company.”

Tovey also credits its success to its general contractors and subtrades, including many who have worked for the company for decades. “We’re only as strong as the people who work for us,” he says.

This has made fair treatment a major focus at The Minto Group. “Companies don’t [last] 60-plus years by not treating their suppliers and contractors with the respect they deserve and paying them on-time,” he says.

The Minto Group’s current projects include Front + Bathurst, a mixed-use project located in the core of Toronto that carries a budget exceeding $400 million. When finished, the development will feature two for sale condominium towers  and two multi-family residential rental towers with more than 50,000 square feet of ground floor retail.

Both buildings combined will have over 1,100 units. “It’s well under construction,” Tovey says. “We’re just topping off the last bit of concrete on the towers and now working on the interior fit up.”

The residential rental  towers feature an amenity package designed to get “people out of their units,” he says, noting that this will include a rooftop swimming pool, BBQ area, fitness and party rooms, spaces for pets, concierge services and communal spaces for the residents to interact.

“[There’s also] quiet space for people who want to go and read a book,” Tovey says, adding that the condominium tower will feature a similar amenity package. “I expect we’ll have occupancy starting in 2019.”

The Minto Group also is converting a former four-star hotel into a luxury multi-residential rental building in downtown Calgary. Tovey notes that the structure, with a repositioning budget of  more than $20 million, will be the only one of its type connected to the city’s Plus 15 pedestrian skyway system, which features 14 kilometers of walkways.

This allows residents who work downtown to access their workplaces without going outside. “I can get out of bed in the middle of January and not have to put on a coat to go to work,” he says.

The 30-year-old hotel was originally built as a multi-residential rental building and then converted to a hotel upon occupancy. “We’re upgrading the infrastructure to convert it back to luxury rental,” Tovey says, adding that The Minto Group will conduct a complete suite renovation program including adding kitchens, stainless steel appliances and in-suite laundry in all the suites.

All common areas will be fully renovated including the implementation of energy saving initiatives such as LED lighting, three-liter toilets and a new boiler plan. The building has a full amenity package including indoor swimming pool, fitness and party rooms, a large outdoor roof top space and a games room.

The building also features a private screening room so residents can watch their favorite movie or sports event. “[It has] all the features that you would ascribe to a high-end, luxury rental property,” Tovey says.

The residents will have an easy walk to nearby shopping, restaurants and bars. “We think it’s going to cater to the young, urban single demographic,” he says.

The Minto Group follows specific criteria when choosing properties to renovate or convert into residences. First of all, “It’s got to start with the right bones,” Tovey says, explaining that it has to have the right structure to evolve from a hotel or commercial property to one for multifamily.

The company also looks at the location and the numbers involved, including the cost of a conversion to meet the needs of the targeted demographic. “These are expensive complex renovations,” he notes, adding that they can last a long time.

“It can take two years from start to finish, including all the approvals you’ve got to go through,” Tovey explains, adding that The Minto Group considers the risk involved. “We walk away from more than we ever consider.”

This July, The Minto Group recently launched Minto Apartment Real Estate Investment Trust (REIT), which marked a big change for the firm. “We’re going from a company that was family owned and now a portion [is] in public hands,” Tovey says. “It’s good for the company and good for our business.”

The Minto Group also recently partnered with musician Jimmy Buffet and Margaritaville Holdings to develop senior lifestyle-oriented communities in Florida and North and South Carolina. Tovey notes that construction is underway on multiple projects, and its Daytona Beach, Fla., development is already selling and occupying units.

“It’s a fabulous project,” Tovey says, adding that residents in Daytona Beach “want to live in a community with like-minded individuals.”

Tovey joined Minto in 1995. “I was always in the multifamily side of real estate,” he says, adding that the company maintains a very open and collaborative working environment.

Recently, the company moved into a new office space in Toronto that helps nurture this. “Almost everybody sits at work stations with low walls, and you can look and see the people you work with,” he says, noting that this gives Minto a more collaborative forward-thinking environment.

He sees a strong future for Minto on the multi-residential side. “We’ve got a strong pipeline of rental development projects,” Tovey says, adding that the company plans to branch out further in Canada.

Minto Communities has consistently earned high rankings from Eliant Customer Service Surveys since it joined the program. “Winning homebuyers were selected based on results from 128,200 surveys that were administered to all recent homeowners from more than 156 major homebuilders across the United States,” it says.