Live Oak Contracting is developing projects along the East Coast and growing in revenue.

Live Oak Contracting is one of the fastest-growing construction companies in Jacksonville, Fla. The young company has been in business for only five years, but it’s already earned a stellar reputation among its clients throughout the East Coast – and it has the revenue stream to prove it.

A full-service general contracting firm specializing in multifamily construction, Live Oak’s revenue increased by more than 778 percent between 2014 and 2016. Last year, the company raked in roughly $180 million. “And our 2018 outlook will keep us on track to do over $200 million this year,” says Walker Palmer, director of construction. 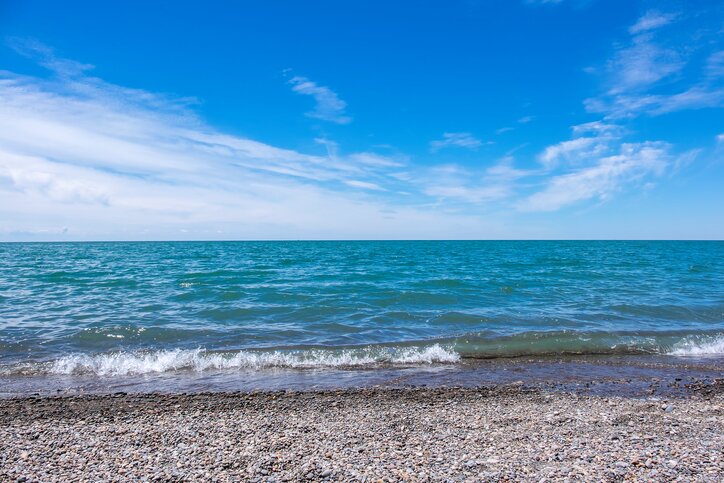 Piroli Group Developments is nearing the end of its development of the 13-acre Seacliff property in Ontario.

Piroli Group Developments’ commitment to building quality properties extends far beyond the completion of its projects. “We always deliver a good product on time and on budget and stand behind our construction,” says Rob Piroli, president and founder of the Windsor, Ontario, Canada-based developer and building. “We make sure we keep our commercial and residential tenants happy, and our buildings are always well-maintained.”

Founded in 1993 as Piroli Construction, the company has developed properties since 2000. Piroli Group Developments serves as general contractor on all of its projects, which include residential subdivisions, industrial buildings, apartment complexes and senior living developments. The company has completed several projects in Windsor, Leamington, Peterborough, Mississauga and other towns in southwestern Ontario.

After only seven years in the construction industry, Brett Steinberg has accomplished more than some people do in their entire careers. At the young age of 25, the principal of RSC Group LLC says he owes it all to his philosophy of being persistent.

“When you enter this industry, you’re opening a door for what can be a great, lengthy career,” he says, noting that those entering the business will get back what they put into it. “It will be fruitful and prosperous, but it will also be stressful and tiresome some days.”

Stillwater Capital is highly engaged in the acquisition and construction of its residential properties to ensure high-end results.

Stillwater Capital began a decade ago specializing in acquiring and managing a spectrum of real estate products. The company has a range of experience in managing unique properties, such as infill multifamily communities, mixed-use properties, build-to-suit properties and high-end single-family homes.

The Dallas-based company decided a few years ago to bring the construction of its residential projects in-house to ensure greater quality. “We started Stillwater Construction because we felt we could better control the process, quality and schedule by bringing it in-house,” Principal Aaron Sherman adds. “We are hiring the project managers and superintendents directly, which makes the process much more efficient and better overall in terms of production.”

Knutson Construction applies its philosophy of teamwork to two apartment projects in Iowa.
By Jim Harris

At the beginning of all its jobs, Knutson Construction’s project managers ask their clients to tell them the top five things “that keep them up at night” regarding a project. “This could include price, subcontractor management or a tight schedule,” says Wade Hiner, director of business development for the Iowa City branch of Knutson Construction.

Knutson then asks its clients to rate the company based on how it responds to those factors. “We want to know what the most important things to our clients are and how we are doing when it comes to those items,” Hiner adds, noting the company will take corrective action if necessary to keep a project on track.

II BY IV DESIGN – The Residences of 488 University Avenue

The Residences of 488 University Avenue, a mixed use tower in downtown Toronto, won’t officially open until summer 2018, but it is already considered a new city landmark. The retrofit of an existing 18 storey office tower, the final building will be 55 stories of glass and steel that ascends from a radiant podium. The building’s underground parking was excavated, its perimeter footprint was extended and its  exterior was completely re-clad, making it a feat of engineering. A new 37-story condominium with 453 luxurious units will rise above the office component; with construction occurring all while the offices below remain open.

Toronto-based II BY IV DESIGN’s work on the 55-story commercial and residential project has earned it multiple awards since it became involved in the project five years ago.

A well-known general contractor that specializes in high-rise housing, Chicago-based Walsh Construction is bringing another high-profile project into the city’s South Loop neighborhood.

A 48-story luxury apartment building is under construction on Chicago’s posh Michigan Avenue. The 580,000-square-foot building, that will include roughly 7,500 square feet of retail on the ground floor, broke ground in April. The apartment tower is being developed by Chicago-based Murphy Development Group and Los Angeles-based CIM Group.

“This is an exciting project that’s going to bring a new and modern look to the South Loop,” Project Manager Dave Dunlap says. “It will change the face of South Michigan Avenue.”

Major cities share a lot of characteristics. They have tall buildings, complex transit systems and diverse populations, but what gives a city its identity and uniqueness is its artists, restaurateurs and architecture. In Minneapolis, the Northeast community is one of those centers of culture. The European-style walking neighborhood is known for its independent restaurants, abundance of churches and a thriving artists scene. It was essential then that developer LMC replicate that character as it designed the newest high-rise project in the community, NordHaus.